The Wahoos don't have much time to catch their breath after another disappointing outing last week against Wake Forest. A short turnaround and an unpleasant trip to the beach and Miami is ahead -- for the third straight season because of scheduling quirks -- and the Hurricanes are looking to get their ACC season started on the right foot after a little bit of a bumpy out-of-conference schedule. Miami has had Virginia's number the past two seasons. This is a tough situation for the Cavaliers (2-2, 0-2 ACC).

It will be interesting to see what kind of adjustments Virginia is able to make in a short time frame. Can the Wahoos surprise us and show that the past two weeks were more of an aberration than a pattern? Or is Miami going to compound Virginia's misery and put this group of players and coaches even more behind the 8-ball and into an even deeper hole? Let's take a look at the details of tonight's matchup:

Miami offense: Starting QB D’Eriq King injured his throwing shoulder against Michigan State and is questionable. Last week, he did not practice before the game against Central Connecticut State, and he did not play. Against the Blue Devils, redshirt freshman Tyler Van Dyke got the start. He completed 10 of 11 passes for 270 yards and three TDs. True freshman Jake Garcia also saw time. He completed 11 of 14 passes for 147 yards and a pair of TDs. The Blue Devils offered no resistance in a 69-0 Miami win. In the three games versus ‘Bama, App. State, and MSU, King completed 66.4% of his passes for 767 yards, three TDs, and four INTs. Though his completion percentage has ticked up from last season when it was 64.1%, he’s already almost thrown as many picks as 2020, when he finished with 23 TDs and five INTs. He threw two picks each against the Crimson Tide and Spartans. King has also rushed for 96 yards. He was sacked nine times in those three games. (Even the Blue Devils were able to sack Van Dyke twice.) SO pass protection has been a problem for the 'Canes. Obviously, King is the more dynamic and experienced option for the Hurricanes. It remains to be seen if Miami thinks a less-than-100-percent King is its best option against Virginia. The Cavaliers’ defense has been eaten up the past two weeks – by veteran QBs, mind you – so Miami may try to ride with the freshmen if King just doesn’t seem to be himself. Even if Miami goes with one of its freshmen, it of course can rely on its rushing attack. UVa was unable to stop the ground games of UNC and Wake. Miami RB Cam’Ron Harris has carried the load for the Hurricanes, with 51 carries for 272 yards (5.3 ypc) and three TDs. Veteran Oklahoma transfer Charleston Rambo is leading the receiving corps with 26 catches for 288 yards and a pair of TDs. Mike Harley has 16 receptions and a TD.

Miami defense: Alabama put up 44 points on Miami (500 yards), Michigan State tallied 35 points (454 yards), and Appalachian State posted 23 points (326 yards). If Virginia’s defense continues to struggle, the offense will likely have to perform more up to the standards of ‘Bama and MSU to have a shot. Hurricanes safety Bubba Bolden leads the unit with 26 tackles, including two for losses. DLs Jared Harrison-Hunte, Nesta Jade Silvera, and Jahfari Harvey have 3.5, three, and three TFLs, respectively. The D has nine sacks, with Harvey leading with 2.5. The unit has not recovered a fumble yet. Safeties Amari Carter and James Williams each have an INT. Miami is tied for 117th nationally with a minus-4 turnover margin. Virginia is tied for 96th at minus-2.

Miami special teams: True freshman Andres Borregales has made 6 of his 8 field goal attempts with a long of 55 yards. Both misses came within 40 yards. His brother, Jose, made 18 of his 20 field goal attempts last season and is now with the NFL’s Buccaneers. Colorful punter Lou Hedley was second-team all-ACC last season and is performing well but not quite up to the standard he set in 2020.

Thoughts and pick: The Cavaliers' backs are against the wall a bit. They've lost two straight and have already fallen to 0-2 in the ACC, and it isn't even October. This is the Bronco Mendenhall era -- not the Mike London era. There is supposed to be hope and interest for football that lasts until November now; this time of year is not supposed to be just a period of waiting for basketball to start.

Unfortunately, UVa has a short week and a road game against a team that has given it fits the past two seasons -- not an ideal situation in which to find itself if it hopes to get its season back on track. Miami has also had an uneven start to the season, but the Hurricanes have not had an ACC game yet, so they are looking to start fresh and begin their campaign to win the Coastal.

Virginia has been unable to get its offense going in the past two losses to Miami -- a 19-14 setback in 2020 and a 17-9 defeat in 2019. Even in Virginia's 2018 upset of Miami in Charlottesville, the offense was putrid in the 16-13 victory. Defense has been the biggest issue the past two weeks, though the offense was nothing to write home about versus Wake Forest. The Hurricanes' defense has been middling thus far. If UVa's offense plays to its potential, it can score enough points to win. But that doesn't matter if UVa's defense doesn't show some life. You could say it did show life versus Wake when comparing it to the UNC effort, but that bar was very low, and Wake basically scored at will. It really was only slowed down by Virginia once the result was decided. Even if Miami has to go with a QB besides King, it should be able to find some success on offense.

Part of me wonders if UVa really will put it all together this week and surprise us. The team often seems to rise up and win at least one unexpected game a season, and the Wahoos are due to beat the 'Canes after the past two seasons' matchups left us feeling as if Virginia really should've won both contests. Also, a Virginia upset would fit in with the ACC's theme of craziness and unpredictability. It has happened before against Miami: see the 2010, 2011, 2012, and 2015 Virginia wins over Miami, which were all pretty unexpected. The problem is the short week and road game, I think, will just hinder UVa's ability to completely turn around its fortunes. But I do think the defense will show a little more spunk, a little more fight, maybe some adjustments in schemes or faces. But it won't quite be enough. I think Miami's defense is going to once again frustrate Virginia's offense. I think the fortitude will be there. I think the players will put forth a strong effort, and signs of improvement will be present. But ultimately it will be for naught. I do think this team will eventually win some more games, but I do not think it will get one tonight.
Miami 27, Virginia 20 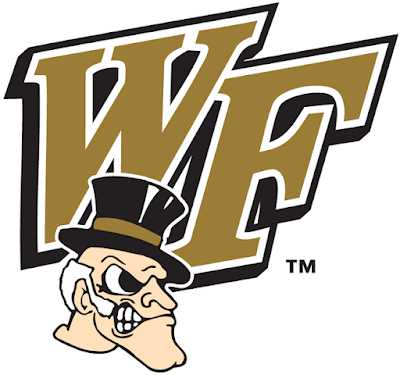 Will the UVa defense wake up tonight and show fight vs. Deacs?

Wake Forest at Virginia, 7 p.m. ESPN2 A week after the Tar Heels went over the half-century mark against Virginia, the Wahoos are back at home to defend their home field against another high-octane offense. I was a bit busy last weekend getting married (!), so no recap for the North Carolina game. I did eventually get around to watching it, though. Suffice to say, the defense is a major concern. And the offense might legitimately be top shelf? Dare I say Brennan Armstrong is a darkhorse Heisman contender? Being a pessimistic Virginia football fan, the first sentence seems more certain, while the latter two sentences still seem crazy to me but possibly true. There were a number of injuries last week for Virginia (2-1, 0-1 ACC) and safety Nick Grant did not even start, but the depth chart remained the same this week, so maybe that means none of the injuries were that bad. I did not get around to watching coach Bronco Mendenhall's news conference this week. Things do not get much easi 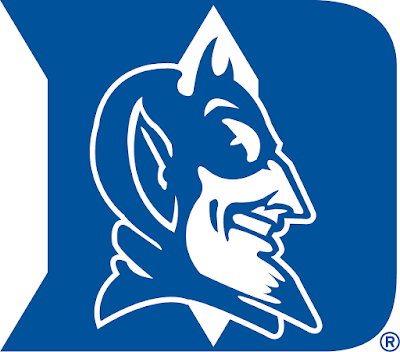 Duke at Virginia, 12:30 p.m. Saturday, MASN/Bally Sports ( click for list of affiliates ) The Cavaliers come back to Scott Stadium for the first time since September for a two-game set against Duke and Georgia Tech, teams that look improved over last season. Duke has a pretty good offense and a pretty bad defense. Sound familiar? Though the past two wins have greatly increased UVa's chances of getting to at least 6-6 in the regular season, work remains to be done. The 'Hoos (4-2, 2-2 ACC) need to take care of business the next two weeks because the last four-game stretch -- at BYU, vs. Notre Dame, at Pittsburgh, and vs. Virginia Tech -- seemingly has more challenges and opportunities for failure. If Virginia can capture its next two matchups and extend its winning streak to four games to get to 6-2, then that last third of the season will be more fun rather than harrowing and/or frustrating. The second half of the season starts today at what could be a rainy Scott Stadium. Here

Virginia at Louisville, 3 p.m. Saturday, ACC Network More than a week after picking up a much-needed win away from Scott Stadium, the Cavaliers again gear up for a road game when they head to Louisville to take on a Cardinals team trying to reassert itself in the ACC after a down 2020 season. Last week was a big game for the 'Hoos (3-2, 1-2 ACC), and this one is, too. If Virginia wins, it will be 4-2 and have two winnable games at home coming up versus Duke and Georgia Tech. If Virginia loses to fall to 3-3, the road to six victories looks tougher. Louisville is in a similar position. Coach Scott Satterfield did an admirable job of turning the Cardinals around in his first season in 2019, as they made a six-win improvement to 8-5 from 2-10 in 2018. But last year, Louisville went 4-7, and so some people are wondering where the program really is headed under Satterfield's direction. With games left against tough to somewhat-tough-looking Boston College, N.C. State, Clemson, and K 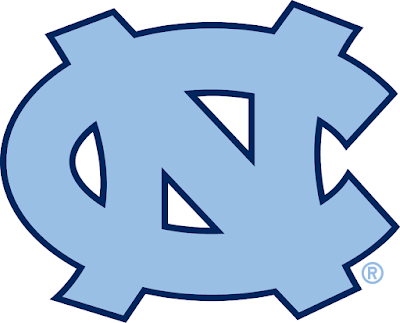 Virginia at No. 21 North Carolina, 7:30 p.m. ACC Network The "South's Oldest Rivalry" gets renewed today for the 126th time. Presumptive Coastal Division favorite North Carolina was already knocked off once at Virginia Tech in Week 1, so the pressure is on the Tar Heels to not fall behind at 0-2 in the division. This is Virginia's ACC opener after the first two games went about as well as can be expected for the Wahoos (2-0). But William and Mary and Illinois were not exactly stiff tests, so there's still a little uncertainty among fans about just how good this team could be. A victory in Chapel Hill would be huge for the Wahoos and could signal big things ahead this season. A loss wouldn't be great, of course, but there would still be plenty of games left for the 'Hoos to have a good season and contend in the Coastal. To me, the Tar Heels are probably feeling more pressure because of what I described: They are the Coastal favorite and have already lost, p